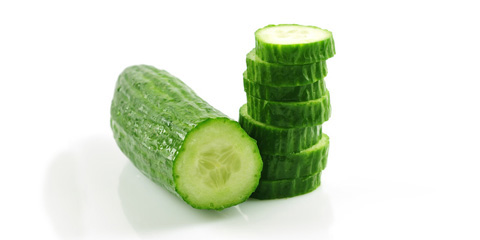 The Enterohaemorrhagic Escherichia Coli bacteria-contaminated cucumbers (EHEC) infected more than 276 people in Germany (2/3 are women) causing at least three deaths. And after the European Commission, other countries are also affected, as the Sweden with ten cases of contamination, the Denmark with four cases, the United Kingdom with three cases and the Netherlands with a case.

Symptoms and modes of transmission

The bacterium E. Enterohemorrhagic e. can cause diarrhea can be accompanied by bleeding, It can lead to kidney problems and result in death. According to the Robert-Koch Institute (RKI), German federal institution in charge of sanitary control and the fight against diseases, This disease is highly contagious and is transmitted by raw but vegetables also by human contact. Being of a 10-day incubation period, It is likely that the number of victims increases in the days to come.

Contamination of vegetables is probably made by human or animal feces (manure for example). The Robert-Koch Institute looks at the question to learn more.

The city state of Hamburg conducted four tests on cucumbers. Three results show that contamination comes from two Spanish producers cucumbers, Hortofruticola located in Almería and Bio Franet Pepino, a producer of cucumbers “bio” in the province of Malaga in Andalusia. That cucumbers “bio” are infected can surprise more than one, But seeing the derivative products “bio” are victims, especially abroad, it surprise us less (see the article Industrialization of organic).

The Spanish Minister for Agriculture, Rosa Aguilar, says, to defend his country, « no clue “no evidence” contamination of cucumbers with mediated transmission of a bacterium comes from Spain », reports l’AFP. It adds : « It is not known where could happen the contamination and the European Commission has highlighted the fact that it could have occurred outside the country of origin «and expressed concern about the possible «» irreversible damage "for the sector.

Steps are being taken

While in Germany the loss of turnover is estimated at two million euros per day, and that consumption of salads, tomatoes and cucumbers fell by 90%, reports l’AFP, french producers fear psychosis and a decline in consumption in France.

The Federation of producers of tomatoes and cucumbers from France explained in a press release « that of origin France cucumbers are in no way involved in this health crisis and that French production conditions have nothing to do with those practised in Spain both environmentally and socially ».

On the be repeated enough, eat the most local possible, season and still better bio (but local and seasonal), to limit its exposure to the pesticides and other contamination.

Eat local and seasonal prevents this kind of danger.

Eat local! We will eat the planet with such slogan. It is a rich coquetry!

Of course to eat local and seasonal!! Why buy strawberries tasteless from Spain during the winter while it may be coming from us in may (with of the highest standards so fewer health risks) ?? Me I also prefer giving my money to french farmers rather than a foreign multinationals that make modern slavery !

As organic fertilizer is manure = crap
It was a bio is contaminated by E. coli!

a steering wheel
Reply to Trembay

This is an obvious remark. Our environmentalists call even that of “concern preparations! In good french this means that they are! They want the principle of caution for others, but for them, whatever the most basic precaution!

"A bad composting of animal origin may not on its own explain that cucumbers could be contaminated, in particular for this type of vegetable which is without direct contact with the Earth", However said Jean-François Proust, Head of ForumPhyto. "Should that staff who has handled this compost bio pass then contamination to cucumbers., "or any other defect of hygiene at production or after., He adds. (source : http://www.agriculture-environnement.fr)

“organic manure is manure = crap”
And they did how for hundreds of years to cultivate their lands the peasants ?? This is not for as much as they fell all sick !

It was only in the 20th century made of petroleum-based fertilizer. There is clearly a concern at the moment in the way to cultivate (bio or not) It means intensive and industrial (always more and always cheaper), where errors and contamination !

AND they lived up to what age people for hundreds of years???! Although pui, they were very often falling sick, “One of the main causes of death in the Middle Ages was precisely the rotten food”, Der Sonntag.
And it is since the beginning of the 19th century! that chemistry helped to fight parasites and microbes and that life expectancy has increased considerably!

Do not be surprised if this news. There is no specific codex-alimentarius for organic products… Which means clear is that there is no obligation of result on the quality of the products. Organic farmers are also allowed to use, in direct contact with the organic vegetables they produce, of “preparations low preocuppantes”. This is the official word from the purains of nettles and other fermentable products. I therefore concluded logically they are “a little preocuppantes”. It is far from the precautionary principle dear to our eco-friendly. When it comes to other, This principle is chilling.… Read more "

Let us not forget : wash your hands

Necessarily, to constantly eat from the sanitized, the unchlorinated, any bacterium inflated with pesticides in your body and it is the drama.

“Escherichia coli (E. coli) is a common bacteria in the digestive tract of human and warm-blooded animals. Most strains of E. coli are safe. Some strains, However, as Enterohemorrhagic strains (EHEC), can be the cause of food-borne diseases (TIA) graves. Transmission to humans occurs through the consumption of contaminated food, raw or poorly cooked ground meat and raw milk by example.[…]
source: http://www.who.int/mediacentre/factsheets/fs125/fr/