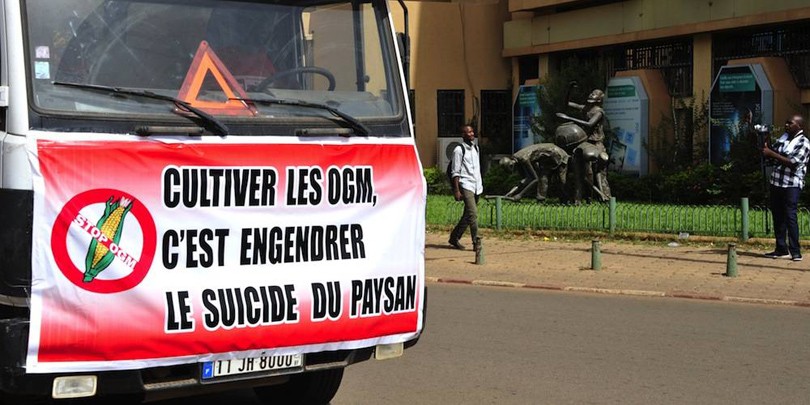 Monsanto comes in addition to wipe a judicial setback resounding in France : He was found responsible for the poisoning of Paul François, cereal in Bernac in Charente.

Monsanto, affected by the falling prices of agricultural raw materials, has announced Wednesday a new restructuring deleting some 2.600 jobs within two years, approximately 13% of its total workforce, looking for savings on bottom of plunge in profits.

No detail is given on the regions concerned if the group plans to degrease the duties of marketing and commercial. It disengages also of its sugar cane and hope save term 400 $ million per year through this restructuring plan bearing on the 18 to 24 next months.

The cost is 850 to 900 $ million, a large part which refers to compensation for dismissal. “These changes are being made to transform and innovate the way in which the company operates in order to become more agile and efficient”, explains the group which employs some 20.000 people in 60 countries around the world.

This reduction of the canopy falls at a bad time for the specialist of GMOs, announced Wednesday a profits dip of 15,5% to 2,31 billion during its last fiscal year ended late August. He even dug more than expected its losses during the last three months, to 495 $ million. The title was more than 2% in the first exchanges on Wall Street where he lost approximately 26% of its value since the beginning of the year.

Defenders of the environment pressure also intensified after the classification in March of glyphosate, the active ingredient of Roundup, as “probable carcinogen” by the cancer of the World Health Organization Agency.

As its rivals and countrymen DuPont and Dow Chemical, Monsanto is going through a difficult period, who should extend short-term since the Group has delivered forecasts 2015/16 significantly below expectations. Sales of genetically modified seeds, his main source of income, decreased by 4,6% last year, in the wake of the decline of 2% the price of corn and 12,7% those of soybean.

The appreciation of the dollar against major currencies makes further expensive products Monsanto in countries like the Brazil, where farmers use them widely. The Brazilian real fell to approximately 35% face to the dollar since the beginning of the year. The Group recorded a loss of profits when it converts to $ sales in emerging countries.

As for fertilizers and herbicides, their annual incomes have dropped out of 7%, affected by the freeze in various countries of commercialization of the featured Roundup weedkiller, regularly implicated in the mortality of bees.

Monsanto comes in addition to wipe a judicial setback resounding in France, its most important market among the countries of Europe and North Africa. There has been recognized head of the intoxication of Paul François, cereal in Bernac in Charente, through his Lasso herbicide. The Group, established and based in Saint Louis (Missouri, Centre) Since 1901, is provided in cassation.

Read the rest of the article : Charente Libre

Black radish is review the life in pink at all liver.