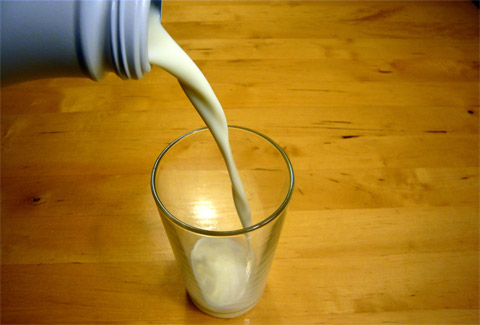 We remember all of the scandal of milk contaminated with melamine in 2008 which had broken out in China. We found formula which contained a highly toxic chemical substance : melamine. Remember that this substance is intended for adhesives, resins and fertilizers. Melamine is added to give the milk a richer look. During the checks she simulates a protein intake which allows manufacturers to cut the milk with water !

Ingestion of melamine causes kidney stones and bleeding in the urine. In 2008, 300 000 babies were sick and six babies have died after drinking the adulterated formula ! And after Amnesty International 25 000 tons milk powder would have captured that same year.

The blogosphere has decried the lack of reactivity of China who was aware of the contamination well before that real problems arise. It took until the death of a first baby that the scandal. Indeed, the Chinese authorities have warned several weeks before by the New Zealand partner of Sanlu group (a State Enterprise) who provides supermarkets all over the country. The New Zealand Prime Minister has accused the Chinese Government of doing nothing.

In the aftermath of the Beijing Olympics in September 2008, Twenty-one people have been tried for their involvement in this scandal and two people were executed.

This summer (early July) the tainted milk scandal has resurfaced !

76 tons of milk were thus seized in Northwestern China. Melamine rate, According to the new China Agency, 500 times higher than the permitted level ! Other contaminated stocks were discovered in northeastern China (including milk candy). And after lemonde.fr "are the authorities." (…) facing two years in the management of contaminated lots, which often cannot be incinerated for reasons of cost..

Stocks of milk contaminated have been "destroyed". (in part at least as we see) in China, but what about other countries or adulterated milk was exported massively ?

The France is reassuring with this problem. Jean-Loup Allain who is the Secretary of the Union of children's foods responded : "First of all, I would like to clarify that no Chinese milk used in the manufacture of french products for children. (…) Anyway, This Chinese scenario is impossible in France both controls are important. There is only a limited number of vendors 'children '.. These are audited and must comply with a specification for this label. One of the most effective means used to identify fraud (I do not know if the Chinese have recourse) is to control the accounting firms to identify the purchase of substances that have nothing to do in baby food..

China has also recently sentenced to two years and a half imprisonment Zhao Lianhai, a Chinese activist, for "disturbance to public order.. It has set up a support group for families whose babies were victims of the contaminated milk. This self-help group allowed to parents "to share information about their children's health issues and to exchange tips on the prosecution against the companies involved" according to Amnesty International. The Deputy Director, Catherine Baber said "we are dismayed to learn that the authorities have thrown in jail a man regarded by Chinese public opinion., rightly so, as a protector of children and not as a criminal..

But then the death penalty exists such in this country akatuhurira of all kinds-packed dirt????