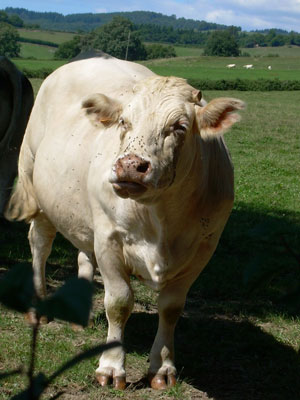 According to the ACNFP body which advises the British Government on food issues, products derived from cloned cows "are not likely to present risks to the consumer.. The Director of the British food safety FSA Agency (Food Standards Agency), A. Wadge, has said that no trace of toxins, allergies and side effects are reportable. Still, the Committee stated that further research should be carried out.

The United States is selling its products, Since 2008, authorized but provokes a lively debate on the subject in Europe. Especially, the debate began when the daily International Herald Tribune revealed that European producers have begun to produce cloned cattle while enjoying a legal blur. An anonymous British breeder said selling cloned cow's milk (and embryos for the Canada). The British have indeed already consumed meat or milk cloned without their knowledge. This provoked the wrath of the public and associations who are concerned of a possible drift. The majority of the British farming community think that cloning is just a modern as breeding method would be artificial insemination.

MEPs asked the European Commission to prohibit these products from cloned animals, but some countries like Britain are much more open on the issue. Course of the month, the FSA will determine the position of the countries with a view to a European negotiation on the subject. We will keep you informed of the events...

What is your opinion on the question ? Consume products from cloned animals ?