The Carrefour Ensign proceeded yesterday to the recall of its chopped steaks frozen brand Carrefour discount because these products may be contaminated with the bacterium Escherichia Coli 026 H11.

The exact title of the product is : Pure frozen beef chopped steak 15% MG Carrefour Discount (10 x 100g). He wears the number of identification IE 565 EC and a date limit consumption in the 22 January 2012.

The product was marketed between the 4 February and the 16 February 2011 in stores Carrefour, Carrefour Market, Carrefour City, Carrefour Contact and Carrefour mountain.

The specified group in a statement that "the bacterium Escherichia Coli 026 H11 can result in the week following the consumption of contaminated chopped steaks, symptoms of type gastroenteritis, whether or not accompanied by fever. Intoxication can be followed in rare cases, from severe renal complications young children or vulnerable seniors..

Recall of Rillettes and Cracklings of ducks 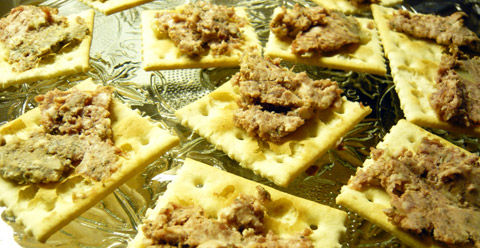 The food company Guy Cance recalled its Rillettes and Cracklings of ducks, rays charcuterie as would probably contaminated by the listeria bacteria. Marketed between the 22 December 2010 and the 15 February 2011, are covered Géant Casino shops, Leclerc, Crossroads, Intermarché, System U in the Aveyron departments, Cantal, Lot, -De-Dôme, Seine-et-Marne Department Tarn.

The brand wanted to reassure consumers by specifying that "person fell ill to date., It is a measure of the precautionary principle.. A number made available to contact the company : 05 65 81 61 14.

Recall that listeriosis (driven by the bacterium listeria infection) can be dangerous for pregnant women as can cause a preterm birth, infect the fetus and or even to cause his death.