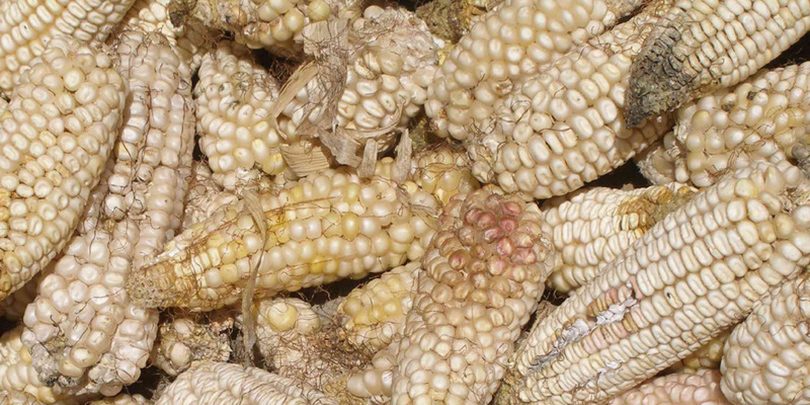 biological properties and mode of action

Aflatoxin B1 alter many metabolic functions in humans. The main mode of toxic action is the appearance, in the liver of an epoxide derivative, that binds to macromolecules and is responsible for acute liver toxicity when exposed to high concentrations (cell death) and the occurrence of mutations and of cancerous transformation of cells (long-term effect)
Aflatoxin B1 has immuno-depressive properties due to its inhibition of protein synthesis.

Aflatoxins and risks to human health

In Europe, in humans, acute poisonings aflatoxins are never observed.
The exposure to aflatoxin in humans is their absorption in the intestine after ingestion of contaminated food. Disorders related to chronic poisoning due to the ingestion of contaminated foods low for several weeks or months are : diarrhea, vomiting and weight loss. Liver damage remains Aflatoxin target organ may occur. Children can also be affected when they are breastfed.

Aflatoxins are carcinogenic to man proven. The AFB1 is classified in group 1 IARC (IARC, 1987) because it can induce the development of hepatocellular carcinoma.
ingested regularly, This substance creates lesions in the liver that evolve cirrhosis. The mutation associated with hepatocellular carcinoma (HCC) corresponds to a somatic mutation (transversion G:C->T:At the 3rd base codon 249 the p53 protein) which only affects the liver cells. Epidemiological studies, performed worldwide, showed that this mutation is found in countries whose food is contaminated by Aspergillus flavus, which is responsible for the excretion of Aflatoxin B1. This high rate of primary liver cancer in African populations, Asia or India is associated with consumption of contaminated food, in part because of storage conditions. A study by the EFSA 2013 has established a link between the level of exposure to aflatoxin B1 and frequency of mutations at codon 249 (EFSA, 2013).
Furthermore, the literature shows that many hepatocarcinomas have both a mutation of the p53 gene (codon 249) specific for aflatoxin exposure and infection by the Hepatitis B Virus (HBV). In this context liver cancer risk is up 30 times higher than in case of exposure to aflatoxin only
Further work is needed to explain, firstly the pathogenic mechanisms responsible for liver cancer induction and aflatoxin B1, on the other hand, to understand the interaction between the toxin and hepatitis B in the appearance of the tumor.

Aflatoxins and other types of cancer

As hepatic cells, respiratory system cells are capable of transforming aflatoxin B1 in different metabolites. Toxicity studies in animals exposed to aflatoxins as respiratory related injuries and respiratory cancers and liver and immune system alterations (Sabourin et al 2006). This raises the question of whether exposure to this compound in other ways that the dietary.
Thus, studies have allowed to relate exposure to aflatoxins in the workplace (agricultural and food) and the occurrence of violations of the respiratory tract that can lead to cancer (trachea, bronchi, lungs) (Chen, 2014).

The rule (THIS) No 1881/2006 of the European Commission set the maximum rate of aflatoxin 4 mg / kg total aflatoxins in products intended for human consumption. The products exceeding these rates can not be marketed in the EU.
In 2008, Codex Alimentarius (Codex Alimentarius) has set a maximum rate of total aflatoxins 10 mg / kg in almonds, hazelnuts and pistachios ready for consumption, This represents a rate higher than that currently in force in the EU (4 mg / kg total aflatoxins). Currently, the European Commission and Member States to discuss the EU legislation alignment with Codex Alimentarius decision for these 3 types of nuts.
In June 2009, the European Commission asked EFSA to assess the effects on public health of an increase in the maximum rate of total aflatoxins 4 microg / kg à 10 ug / kg for tree nuts other than almonds, Hazelnuts and Pistachios, such as Brazil nuts and cashew nuts. This would facilitate the application of the maximum rate, especially for mixed nuts. The working group concluded that public health would not be affected by increasing total aflatoxin rate 4 microg / kg à 8 or 10 g / kg for the three nuts. Besides the reduction of total dietary exposure to aflatoxins should be achieved by reducing the number of highly contaminated foods reaching the market and reducing exposure to contaminated foods other than almonds, Hazelnuts and Pistachios.
On animal feed, Directive 2002/32 / EC sets the maximum rate permitted aflatoxin B1 in raw materials for animal. It should be emphasized that the maximum level for dairy cattle is intended to avoid milk excretion as AFM1.

The goal is to minimize the presence of aflatoxins in a wide range of food products, including cereals, seeds and nuts, particularly in African countries.
In Africa holistic approaches are needed :

This will ultimately reduce exposure and improve the health of farmers and consumers.

the PACA (Partnership for Action against aflatoxins in Africa) is an association that is developing an electronic data management system for aflatoxins which serve to give aflatoxin related information.
This system will be used for public awareness, communication activities on the prevalence and risk of aflatoxin, promoting regional trade and intra-regional, producing information to guide interventions and to develop early warning systems in the case of aflatoxin outbreaks.