Who has never heard “of amelioration” ? This term is a contraction of the word “food” and “drug”. Some functional foods boast that protect us from health problems and others promise to treat us. That really worth these products recently appeared on the agri-food market? They still hold their promises ? Are they dangerous for health or provide the miraculous virtues ?

Our supermarket shelves are filled with functional foods such as milkshakes with more iron and calcium, eggs and margarine enriched in omega 3, chocolate bars and fruit juices enriched with vitamins, fibre-enriched breakfast cereals, minerals etc.

Some foods are thus enriched in omega 3 (eggs Matins, Crossroads, Sanketh or margarine St Hubert for example) that could be a “substitute” people who do not eat fish or seafood (Although this intake of omega 3 is lower). 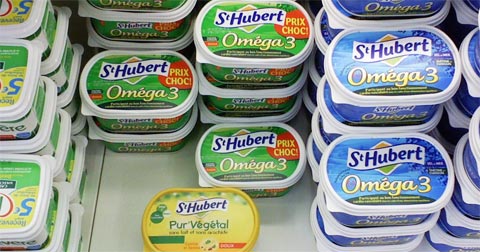 Other foods rich in Probiotics are intended regulate intestinal transit or to balance the intestinal flora (yoghurt in the “Active bifidus” or milk “Actimel”, “Activia” and “Yakult” for example). The consumption of these products would likely (but this remains a hypothesis) “disrupt” the intestinal flora people who have no intestinal problems, therefore that these products would be most consumed because the body would be used forming a sort of “dependency” to micro-organisms (According to Myriam Faure, MAG - nutrition.com).

With annual growth 2 figures, the nutraceuticals market has become very promising in recent years attracting the giants of
agri-food (Danone, Unilever, Nestlé…) and major pharmaceutical groups. According to a study from ACNielsen in 2004 on the development of agri-food markets, 75% of 24 the most dynamic categories integrate the health component. The nutraceuticals represent in France 3 to 4% market against more of 10% for the United States and the Japan.

Industrial launch major marketing campaigns for their new products not omitting to specify “scientifically proven”. But European regulation is much stricter than our neighbours. Indeed since 2006 the EFSA (European food safety authority) ensure that the commendations on the labels are based by scientific evidence.

The EFSA receives requests for claim, by the Giants in the food industry, studied and forwards its recommendations to the European Commission, which takes the decision on the communication of the benefits. In the end it is not removing the product from the market (because the product is not necessarily hazardous) but just to prohibit labeling misleading because not scientifically proven.

In 18 month notice 1000 have been made with the 3/4 were negative (According to The Figaro). Ocean Spray for example, was denied the promise of his drink Cranberry that supposedly would diminish the number of urinary tract infections.

On the other hand manufacturers whose products have been validated by the EFSA are of course enjoy (Margarine “Proactiv Golden fruit” Unilever which would “reduce bad cholesterol”). 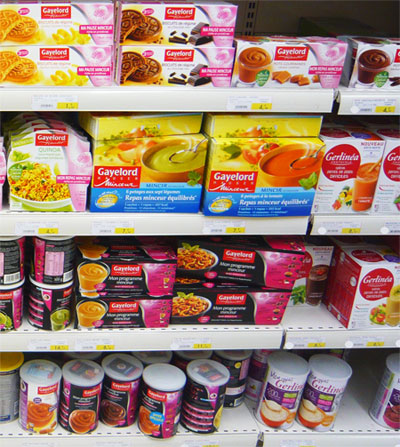 From the point of view of the consumer …

It is true that the consumer can be surprised and suspicious face products “improving” health. Thus "the challenge for manufacturers is to exceed this image too marketing to consumers and physicians with real scientific evidence., relativizes Laurent ball-Garabedian, partner at OC&C. Still need that the selling point proved, which is not the case of the United States and Japan where for drinks “anti cancer” alongside the chewing gum “anti cold”.

It is necessary to remind that a good rich and varied diet cannot be compensated by the functional. Indeed some people would be led to think that by consuming a product rich in vitamins they could overcome their non fruit e.g.. Obviously the majority of food staples of a healthy diet has all the essential components (vitamins, minerals, dietary fiber etc.) to ensure good health otherwise we would already have all the shortcomings and would be all sick. In addition "Should in any case cease to believe that a food can cure a disease.” explains Dr. Michel Roulet, ex-Director of the unit of clinical nutrition of the CHUV.

This effect of mode must make the vigilant consumer to the promises of the products even if there is an established regulatory. Do you really think that a glass of water during a meal can actually you rejuvenate for example ?

[…] Nutraceuticals. Who has ever heard of "functional food" ? This term is a contraction of "food" and "drug". Some functional foods boast that protect us from health problems and others promise to treat us. That really worth these products recently appeared on the agri-food market? They still hold their promises ? Are they dangerous for health or provide the miraculous virtues ? Examples of functional foods : Our supermarket shelves are filled with functional foods such as milkshakes with more iron and calcium, eggs and margarine… Read more "