BPA penetrates even the body through the skin

Researchers from INRA of unity Xenobiotics in Toulouse show, by cell cultures, that BPA enters the body through the skin [3]. In August 2010, U.S. researchers found that home hosts and cashiers had, in their urine, blood and amniotic fluid, BPA rates much higher than the average. Indeed it is present in free form in the majority of “thermal papers” (tickets of cash registers, payment receipts …). BPA, present in large quantity, is used as a revealer of colour of printing.

Starting from this observation, INRA researchers did tests on explants of pig ears and found that it that is the registered dose of BPA, two-thirds, about, crossing the skin barrier !

It should be noted that facing this new group Super U has decided to remove receipts printed on thermal paper in its 1 400 stores. 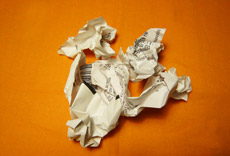 What is the reaction of our Governments ?

The reaction is very different from one country to another. The Canada, for example, has reacted very quickly, not expecting confirmations on the risks we have today, to ban BPA. End 2006, Minister Clément said “We are eager to take action on bisphenol A, because we believe that it is our duty to ensure that Canadians and our environment are not exposed to a chemical potentially harmful”. In April 2008, the Canada had announced that he wanted to prohibit polycarbonate baby bottles containing BPA. In October 2010, the Canadian Government has stated, Despite pressure from industrial and China, what he added BPA to the list of toxic substances.

The Australia and several U.S. States have also banned BPA.

The Denmark imposed a ban regarding all products for children feeding of 0 to 3 years.

In France, Since 1 January 2011 the manufacture and marketing of baby bottles to BPA are prohibited.

The European Union has decided to ban the production of baby bottles containing bisphenol A in March 2011 and its marketing from June.

Associations mobilized as the League against cancer which brought a petition online by requesting a systematic labelling of bisphenol A and its ban (here).

Why is that different measures moving so slowly ?

Need to find plastic materials (actually) harmless for the body to replace BPA. It is not to replace one toxic chemical agent by another. This slow progress might also be justified, in part, by the various studies on other subjects of substitution.

But it is especially a very large pressure of industrial. Their studies, which are carried out by funded laboratories, assert that BPA is not hazardous to health as shown in M. Welshons and M. Von Saal [4]. 11 studies funded by the chemical industry show no harm while 90% of 104 independent studies show a possible risk. Some groups such as Elipso (a flexible plastic packaging company) or even PlasticsEurope (European Association of producers of plastic) disagree with all these restrictive measures against BPA. Here's what you can for example read “[…] health authorities around the world have concluded that the objects and materials made from BPA are safe in their intended use, both for consumer and industrial applications”. Different pressures show that the financial stakes of bisphenol A is great.

Recently l’WHO (World Health Organization) has said, in a conference with 30 experts in camera, evidence of studies are not sufficient and that the implementation of precautionary public health measures is premature. Here's one talks has delight chemical industries. This was immediately reacted the Environment health network (RES) : “uno such conclusion is very surprising, because it gives the impression that scientific data are lacking. This is not consistent with reality. There are indeed today closely 500 published studies according to the rules of scientific ethics, in refereed journals that is validated by peer”.

What are the precautions that can be taken now ?

– Prefer the packaging of foods/beverages in glass containers, ceramic or any other case of plastic. So avoid water and sodas in plastic bottles, food packed in plastic packaging and in particular fatty products (ready-cooked meals, fish in oil, etc.)

– If you buy just the same plastic bottles : use composed of polypropylene bottles (code 5 or mention “PP” on

packaging) and non-polycarbonate (code 7 or mention “PC”) and to a lesser extent code 3 and 6 (see the different plastics in the article Is bottled water dangerous ?)

– Do not heat containers made of polycarbonate in the microwave or wash them with powerful detergents.

The effects of BPA on the environment :

Madam, Mr,
I reside in the Gard and I would like to carry out a medical analysis of the presence of Bisphenol A in my body,
What laboratory I'll speak ?
Thanks for giving me the coordinates postal and telephone or email of this laboratory
with my cordial greetings
Jean-Louis Dee
04 66 52 70 15

Note only very recently, the Parliament voted the outright ban of bisphenol in food packaging. The ban will take place only in 2015, It is a pity.

It is proof that it is a risk to take seriously.

Hi all, My steamer uses grade plastic containers 7, which are therefore subject to strong heat due to steam. East - this dangerous, more knowing that I was using it daily to cook my vegetables ? I was happy to eat healthily by changing my bad eating habits recently, and I learn that in reality I was perhaps even more difficult than before. Thanks in advance for your valuable reply, because I do in not found elsewhere.

Good evening,
Since the 25 may 2013 I have a device of Orthodontics polycarbonate in the mouth.
I have since the beginning of this treatment of redness that appeared in the corner of the mouth.
I thought that it came from a too great salivation.
My troubles worsened I now have small cracks around the corners of the mouth.
Is it an allergy?
My mucous membranes have the air well, This is the skin of my face that suffers.
Can you tell me how I could find out
Thank you
Viviane

Howdy would you mind sharing which blog platform you're working keeacbkfbgab