What is bisphenol A and where is it found ?

Bisphenol A (BPA) is a chemical compound used in the manufacture of food plastics and resins. Used extensively over the years 1960, BPA can be found in polycarbonate (PC), PVC and epoxy resins which, to avoid a bad taste of food, lining the Interior of the cans, cans etc..

It is also present in other products of common consumption such as food containers (reusable water bottles, baby bottles, food packaging…), kettles, food movies, but also in the ware plastic (plates, cutlery…), some dental amalgams, the CD, sunglasses, and even the receipts (We will come back), brief in a nutshell : everywhere ! 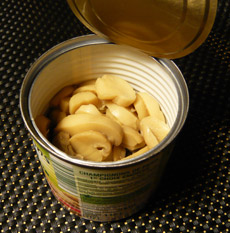 How does BPA we intoxicated it ?

And after a U.S. study, 95% urine samples collected in the adult population contained BPA.

This chemical substance which is intended to come into contact with food, According to the EASA (European food safety authority), is accused of all evils.

When the container is heated, BPA is “Detaches” and infected food. This is also the case when the container is at room temperature according to Éric Houdeau, researcher at l’INRA (National Institute of agricultural research of Toulouse). The migration of BPA increases in any case strongly at high temperature.

What are the dangers to health ?

Many recent tests, on animals at first, demonstrated the toxicity of BPA even at low doses. It acts as a endocrine disruptor (It interferes with the hormonal system).

In 2008, the national program of toxicology in the United States (National Toxicology Program) expresses its concern about BPA that would be likely to lead to trouble “brain, behavior, Prostate in fetuses, infants and children”. The program has also expressed concern about a early onset of puberty in girls [1].

A study on rats shows the effect that BPA can affect the intestine. Eric Houdeau, responsible for the study on bisphenol A, explains that by using daily doses of BPA than those admitted by the AFSSA (the French food safety agency, now handles) who are 0,05 mg per kilogram of body weight, It has been “shown that it is on the intestinal epithelium. It decreases the permeability of this way of exchange of water with mineral salts and causes of water retentions. On the other hand, in newborn rats, exposure to BPA increases the risk of developing severe intestinal inflammation in adulthood”. The researcher concludes by : “We conducted a study on human intestinal cells in culture. They are also responsive to this most common food contaminant in Western societies”. In fact approximately 3 million tons of bisphenol A are produced each year in the world !

Bisphenol A would also favour the onset of diabetes, would increase the chances of infertility, would cardiovascular disorders and would make less effective the treatment by chemotherapy during cancer.

In humans it decline in the quality of semen by a drop of sperm and increases the risk of sexual disabilities [2]. This substance is considered to be, by l’INSERM (National Institute of health and medical research), from “concern for the fertility of the human species”.

Page 1 on 2 Previous Next

Madam, Mr,
I reside in the Gard and I would like to carry out a medical analysis of the presence of Bisphenol A in my body,
What laboratory I'll speak ?
Thanks for giving me the coordinates postal and telephone or email of this laboratory
with my cordial greetings
Jean-Louis Dee
04 66 52 70 15

Note only very recently, the Parliament voted the outright ban of bisphenol in food packaging. The ban will take place only in 2015, It is a pity.

It is proof that it is a risk to take seriously.

Hi all, My steamer uses grade plastic containers 7, which are therefore subject to strong heat due to steam. East - this dangerous, more knowing that I was using it daily to cook my vegetables ? I was happy to eat healthily by changing my bad eating habits recently, and I learn that in reality I was perhaps even more difficult than before. Thanks in advance for your valuable reply, because I do in not found elsewhere.

Good evening,
Since the 25 may 2013 I have a device of Orthodontics polycarbonate in the mouth.
I have since the beginning of this treatment of redness that appeared in the corner of the mouth.
I thought that it came from a too great salivation.
My troubles worsened I now have small cracks around the corners of the mouth.
Is it an allergy?
My mucous membranes have the air well, This is the skin of my face that suffers.
Can you tell me how I could find out
Thank you
Viviane

Howdy would you mind sharing which blog platform you're working keeacbkfbgab