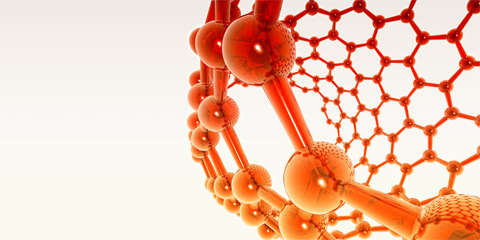 According to theNational Institute of scientific research (INRS) nanomaterials are defined as nano-scale materials (that is between 1 and 100 nanometers (NM). A nanometer is a billionth of a meter (0,000 000 001 m). It can also be of materials more great whose internal structure is composed of nanoscale elements. Nanosheets, nanofibers or nanoparticles all belong to this category.

Why are we talking about today nanomaterials ?

Nanomaterials represent a major technological development, and their presence is more and more marked in areas varied such as the MGB, cosmetics, food or even surgery. They allow, Thanks to their properties, to improve the binder of concrete, to make a more protective sunscreen, or a more creamy food additive. 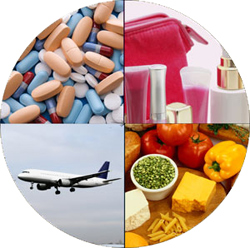 Like any scientific progress, It is interesting to ask the question of their dangerousness for human beings. With regard to new and yet evil-known substances, There is a legal empty relative. The production of nanomaterials in food is a reality.

In the current state of knowledge about nanomaterials the risk remains difficult to determine. Two main points of discord remain : 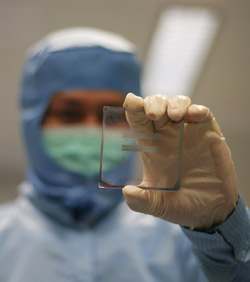 The main risk associated with nanomaterials lies in their sizes that their would, particular by the respiratory route, pass through the pulmonary alveoli into the blood and move to other parts of the body.

In a study dated may 2013, the magazine Environmental Health Perspective provides a method of generic assessment for studies on nanomaterials and a first large-scale study.

This study conducted on mice and lab rats highlights that nanomaterials may be responsible forinflammation of the respiratory tract. In order to legitimize these results, the study was conducted in very many pigs to limit variations and the questioning of the results.

On the other hand, in March 2013 the National Institute for Occupational Safety and Health (NIOSH), the authority of health at work in the United States has also published information clearly indicating that nanomaterials can be a vector of development of cancers in humans.

French level, theHandles (National food safety agency, environment and labour) has a first census carried out in 2008. More than 200 commercially available consumer products are then referenced as containing nanomaterials.

Since the 1 January 2013 products containing nanomaterials must be the subject of a statement on the site. r nano.fr ». A first report will be made public that November 2013 for an exhaustive list of these products.

It is significant to note that all the actors mentioned in this articles call for the utmost caution with respect to the use nanomaterials. The example manifest as the transport for which theHandles recommends to apply the same rules as for the transport of dangerous goods, by simple precaution.

Numerous studies have yet to be conducted to assess accurately the impacts on human (cooking, digestion process involving contact with nanomaterials with the acidic environment of the stomach, etc.). So far there are, Alas, infinitely more studies on the possible application of nanomaterials on their risks.

Yes they are extremely hazardous especially that found almost everywhere !