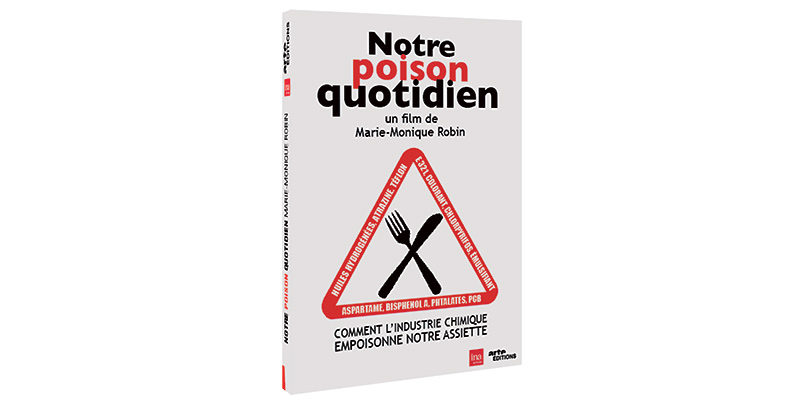 Journalist and filmmaker, Marie-Monique Robin did again a very large survey on how the chemical industry poisons our food in a documentary entitled "our daily poison".. It is not his first attempt because has already directed the acclaimed documentary «» The world according to Monsanto ». After the GMOS, She asked to see whether the behavior of Monsanto constitutes an exception in our industrial world. It also seeks to know how are regulated the 100 000 chemical molecules that surround us and if there is a link between them and "the epidemic of preventable chronic diseases" in the so-called "developed" countries.

The journalist is interested in chemicals that are an integral part of our diet. She wondered about the impact of pesticide residues, dyes, the Conservatives, antioxidants on the development of cancer, Obesity, diabetes and neurodegenerative diseases.

Marie-Monique Robin has questions on the regulation which is supposed to protect us from chemicals, how they are tested and evaluated to preserve the health of the consumer.

Conducting his investigation in six European countries (France, Italy, Germany, Great Britain, Switzerland and Denmark) and the United States, in the Canada, in India and the Chile, She interviewed many experts on all these issues. The journalist denounces, for example, studies made by researchers employed by theEFSA (European food safety authority) for the chemical industry.

Visit the 15 March at 20:40 on Arte for the release of the documentary "our daily poison".. Marie-Monique Robin also wrote a book which will be released the 7 March.

But prior to that end up tonight in "Crossword" on France 2 'Of poison in our plates. ? "with M.-M. Robin, José Bové, Jean-René Buisson and Bruno Mayor.

Find the DVD and book “Our daily poison” on Amazon.fr :

Here is the documentary “Our daily poison” :