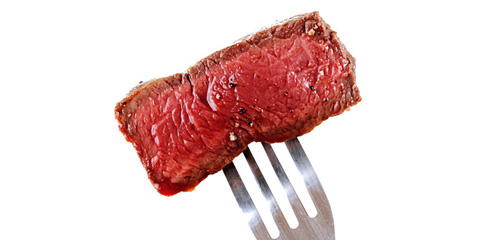 A large study has just shown that excessive consumption of red meat, and in particular Delicatessen, increases the risk of having type diabetes 2.

These results come from a large American study, published in The American Journal of Clinical Nutrition, that followed the habits of more than 204 000 people, all belonging to the medical corps (doctors, dentists, nurses, etc.), for decades of years. All these people completed questionnaires on their diets taking particular account of their meat consumption (quantity, frequency, type of meat, etc.). The results of this survey have been recroisés with other studies concerning total more than 442 000 more people from 28 000 diabetic type 2.

Why meat increase this risk ?

According to the authors of the study, meat consumption would increase the risk of developing type diabetes 2 because it would impact negatively on the pancreas by the iron what it contains. Processed meats increase still more this risk because contain, more, the Salt and nitrite which oxidize the cells of the pancreas. The high rate of fat and fatty acids saturated also promote overweight (diabetes type 2 usually affects the obese or overweight).

These risks diminish greatly if one replaces this consumption of meat by other kinds of proteins such as the nuts (-20%), the whole grains (-24%) or of dairy products (-16%). Eat less meat, and more particularly processed meat, while replacing it with food suggested by the study would help to lower the risk of developing type diabetes 2.

Also, it should be noted that other studies have shown qu’too much meat consumption favoured the development of some cancers such as cancer of the colon, Prostate, Lung, of the oesoephage, liver, of the stomach, pancreas, and increased the risk of contracting the cardiovascular diseases.

It is advisable not to eat more of 500 grams of red meat per week, This seems little but would be beneficial to health.

Enjoy anyway with barbecues this summer but prefer home made skewers (those in supermarkets often contain additives) or the non-processed sausage meat and replace, from time to time, the meat by fish kebabs, for example…

Thanks a lot for this study !!!

Health is like wealth, it is not enough to have, you need to know how to keep it.