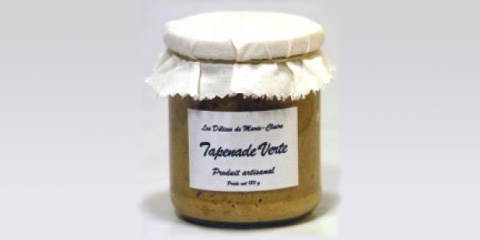 Reminders for the 'La Ruche' company's products are on the rise and relate to other products !

Add to the brand "the delights of Marie-Claire., marks «Land of mistral». and «The secrets of anais».. This ci recalled times, by the DGCCRF, all lots tapenades canned, of anchoiades, tomatoes dried, by thoionades, spreads, Eggplant caviar, pesto sauce pesto, by poivronnades, poichichades and artichonades !

The products contain either botulinum toxin or the Clostridium botulinum germ.

Do not consume the product and return instead of sales or the DDPP (Departmental directorates for the Protection of Populations).

It is protein and heat-labile nature in producing heat resistant endospores. C. botulinum sporulated in culture as in the nature media (saprophyte of standing water, soil) or food. It is poisoning food stricto senso, sometimes referred to intoxination. The toxin is thermolabile and resistant to acids and digestive juices.

How is this Toxin ?

The poison attack nerves (engines and parasympathetic) and result in a paralysis of the pharynx and the diaphragm. In the case of respiratory paralysis, to perform a tracheostomy and use artificial respirators. The toxin acts by inhibiting the release of acetylcholine (a secret chemical mediator by the synapses and speaker in the transmission of nerve impulses to the motor plate 'nerve-muscle junction') by neurons. Indeed, the toxin binds to the efferent neurons ends. The Botulinum bacteria cannot multiply in the body, to produce its Toxin. The disease is contracted at the time of ingestion of botulinum toxin preformed in poorly preserved foods, as home-made preserves, which the offending ingredient may be the pepper or the beans.

Absorbed through the mouth, the toxin is not denatured in the digestive tract and thus crosses the intestinal mucosa. She won the neuro-muscular plates where it inhibits the release of acetylcholine. It blocks the passage of nerve impulses and determines the paralysis. »

Incubation is 12 to 48 hours (generally a day) ; According to the American administration, It can reach 10 days.

The symptoms are as follows : headache, difficulty of speech, pupils fixed and dilated pupils, duplication of the view, diplopia, fatigue, dryness of the mouth and pharynx, Unable to get the language, nausea, abdominal pain, vomiting and flaccid paralysis of the muscles of the deglutination (pharynx) and diaphragm.

It is during the period of State that the symptoms will assert ; the ocular will widen until the paralysis of accommodation (bilateral Mydriasis) ; bucco-pharyngeal disorders become constant ; Dysphagia is painful, the dryness of the mouth is accompanied by sensations of burning and intense thirst ; the paralysis of the soft palate is less common. Other signs, weakness, fatigue, asthenia, weight loss. Paralysis can also affect the bladder and all voluntary muscles (Striated).

Five people have been hospitalized in the Vaucluse (84), following a poisoning during a family meal. Analyses of food samples showed that green tapenade with almonds was originally of intoxication.

The craft company "The hive". located in Cavaillon has thus initiated a recall of his tapenade "The delights of Marie-Claire.. The contaminated batch numbered 112005 and relates to the total Sixty pots marketed in the Vaucluse, the Var (83), Bouches (13) and the Drôme (26). The products concerned are a DLC (deadline for consumption) to the 16/12/2012.

This product is currently head of eight cases of Botulism identified in the Vaucluse and the sum serious. Consumers are invited not to consume the product and return it instead of buying.

Remember that botulism is a neuro-intoxication, rare but not exceptional disease in France (a 20 cases each year) and is not contagious.

[Update] Many other products of the company are contaminated !

[Update] Many other products of the company are contaminated !