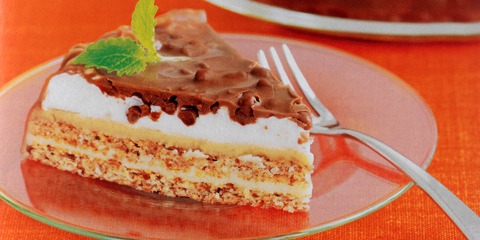 The Ikea Group announced Tuesday that it was withdrawing its cafeterias in 23 countries of the pies on which the Chinese health authorities have found bacteria usually witnesses of fecal contamination.

IKEA has indicated to AFP have taken this decision after the destruction by the Chinese customs 1 800 cakes called “chokladkrokant” (“crisp chocolate”, the almonds with chocolate pie, cream butter and caramel) intercepted at the port of Shanghai in November.

And after the English-language daily Shanghai Daily, tests had determined that they contained “an excessive level of coliform bacteria”. These bacteria, normally little dangerous for consumers, are generally “an indication of faecal contamination, Although this is not always the case“, has explained to AFP a microbiologist of the Swedish food safety authority, Mats Lindblad.

Pies in question were manufactured by a Swedish supplier, Almondy.

A spokeswoman for Ikea, Ylva Magnusson, has pointed out that the level of concentration of these bacteria posed no serious danger to public health. It stated that’“There are indications that found bacteria levels are low but we obviously need to know the exact figure, and know what happened”.

And after the daily Southwest, IKEA reportedly confirmed to la DGCCRF (Directorate-General for competition, consumption and the repression of fraud), that two batches of these contaminated cakes have been marketed in its cafeterias in France. The Group adds that it has removed these lots and sampled on lots of these products. The DGCCRF as it “checks […] the effectiveness of the implemented internal self-checking system in place by Ikea, as well as all the elements relating to this case”, We reported Southwest.

End of February and beginning of March, IKEA had withdrawn from sale in 25 countries of meatballs, After the discovery of the DNA of horse that was not mentioned on the label.

Source China for these cakes,but where will we!!!…

From there to say that Ikea culinary preparations, It is of the …

The vendor of the product is Swedish, It is the Chinese customs which inspected the cargo… So instead the Chinese control perhaps more than we in France…

whore, I more nothing buffo ose me now brothel!!

♥ I understand better why the pie was so good gouuut !
Thanks the Chinese, ♥ the good POO !

I think it's shame to remove these pies, I bought at least 10 and their taste was sea-VEIL-LEUX !!! <3 Dogs eat the droppings of cats because there are nutrients inside then why not we ? It is time to change our eating habits.

I appreciate the pie, but I find that the taste of the POO do not feel enough ( for my taste ), me being scatophile. I do not understand why this turns off the other …

After, the tastes and colors…

Agree with you !! People concerned for nothing !!! Person is dead ! It is always less dangerous that the dough has spread or candy !

Hi all, I do not agree with this article, I ate at least 20 times this delicious pie and I'm in very good health <3 ! I would like to point out that the dogs eat the droppings of cats as there are nutrients… Why not do the same ! We all come from the same place ( the vagina of our mother lol !), We are mammals ! Il est temps de changer nos habitudes de consommation et d'alimentation ! So long live shit !

I confess that I was not aware for nutrients, but this is one more reason to add to list !As you say deep shit !
If ever you would like that we exchange recipes from POO, No problem, did you already do Donuts ?

(amusing your nickname, that reminds me of an actor)

It is obvious that for some, the fecal matter may represent some kind of threat, but as says El Diablo, the animals eat ! Including rabbits.
Opinions are divided if I may say so, but it is the way of life which is strewn with pitfalls !
Whether we are for or against eating shit doesn't matter, but the real problem is that we have to choose if we want to eat it or not, and IKEA has not left us this choice. This is where the true problem lies !

Nabilladu62 has opened a new issue … It is true that Ikea has not respected the choice of the producer !
Nevertheless, No one died and the pies do not have a bad taste … I had offered to family and they adored him ! I think people are too lenient towards producers, who do their best ! Even if it's crap ! The evidence even animals eat their escrements ! It is natural !

Nabilladu62 has opened a new issue… It is true that Ikea have failed the consumer's choice ! But nevertheless, He did not die of man and pies did not taste so bad after all. I think people are too indulgent towards producers ! They are their best even if it's crap ! Animals eat well their escrements ! It is natural ! Then why not we ?

Dear Habib, I am not quite to acc with what you say about the choice you want to eat or manure! Of after me the problem is to know why it is bad to eat shit ? and why mark it big on the packaging? Mark t - is that some products contain gluten or other allergenic products in police 72 ? Non! We are entering a new era, that of the post-surconsommation, We must return to the essential because someone said that one is not born to eat, but we eat to live; and… Read more "