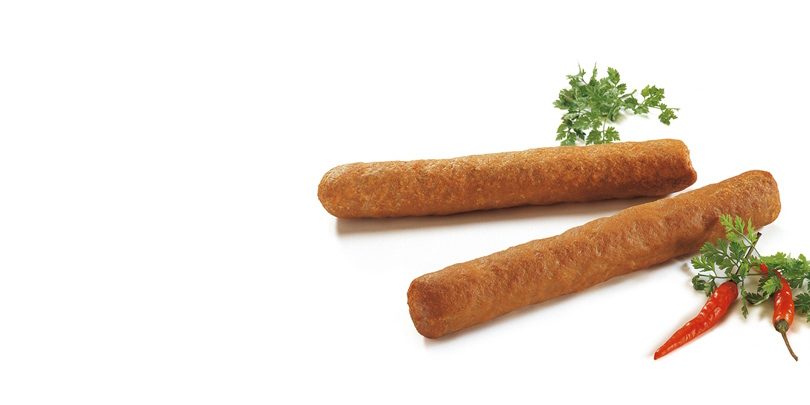 The fricadelle (or fricandelle) is a sausage known to all in the North of the France, the Belgium and the Netherlands. Traditionally cooked in oil, this sausage from 18 cm is found in all chip shops or chip stalls.

The question of what is made a common response fricadelle is “everyone knows what there is inside but no one says”. Sellers often refuse to reveal the composition, which is “top secret”.

We therefore conducted a small survey to find out how are made and what are composed the famous burgers.

Mark Becker is part of leaders in manufacture of cakes to the Netherlands and boasts of being the origin of his invention there is almost 60 years now. Bernard Goethals, Director of the Group, says that “When it's going poorly economically, It will good for the fricandelle”.

Most of the cakes were once made by the butchers, now everything is industrialized.

With the opening of the doors of the factory we have our first response elements : 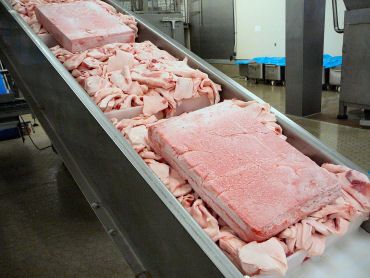 This is the raw… 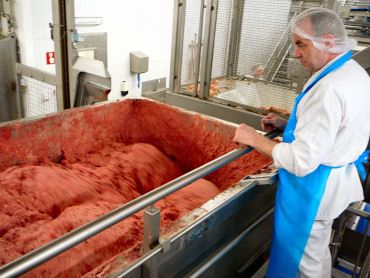 The meat is kneaded… 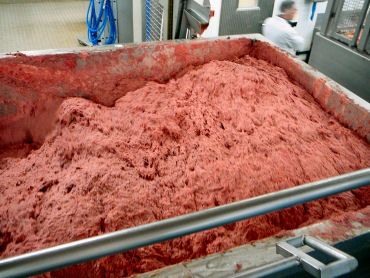 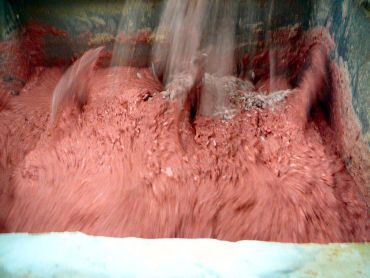 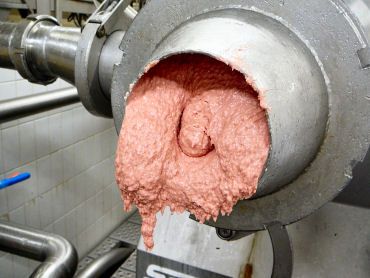 The material is ready… 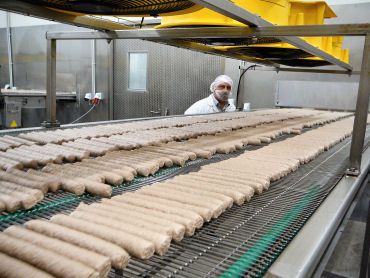 The cakes are cooled… 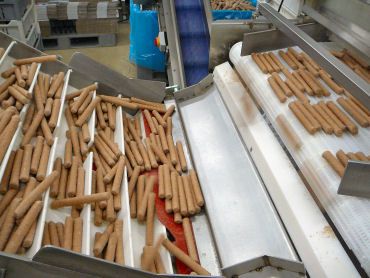 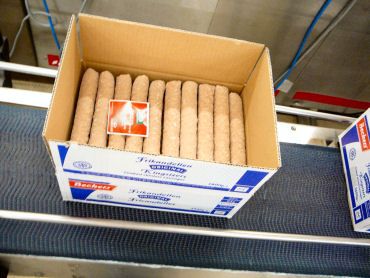 As for any sausage or ground beef we well doubt that it is not the most beautiful pieces of meat that are used. Are used, without surprise, the remains and the carcasses of animals at the slaughterhouse waste. It is mainly the remains of meat and chicken skin but also pork and sometimes horse (2-5% about). The proportion is two-thirds of chicken for one third of pork to which are added bread crumbs, dehydrated onions and a mixture of spices (among others : nutmeg, pepper and chilli) to give this unique to the fricadelle taste.

By referring to our article on food additives, certain additives present in fried potatoes are not recommended for health : 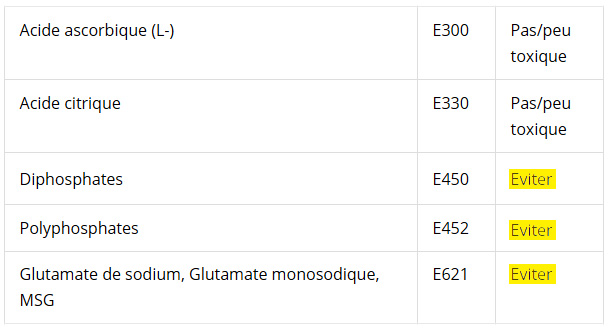 You should know that there is also no pork patties.

You know now what is made your fricadelle and how it is prepared !

Especially that you don't have to be out of Centrale Sup to make nuggets at home : Chicken breast cut into pieces dipped in beaten egg and then in breadcrumbs, and fried in a pan (in olive oil) !

I am ch'ti also and I can tell you quesquil in there as ingredients quil tell, It's chicks crush (They ecrasent in a machine and as the chicks chicks is not yet of hair and bones are very soft ben everything :p (appaitissent)

I am ch'ti and you beautiful tell and repeated that it is rubbish , you neither do not even taste … Since my childhood I eat the fricadelle certainly it did not fine a see a linkage but good as several person have said nothing of is that we eat is healthy !!! You just want you reassured as you can finally short ! même après avoir vue ce reportage je mangerais encore et toujours de la fricadelle 🙂 goûtez et vous pourrez donner votre avis au lieu de la critiquer .

Good evening to all….voila finally revealed the “famous secret ingredient” of cakes or Frikandels…..an pti pieces of human brains is added a all ingredients marked……What makes its delicious and unique taste……I love…long live the North…

and bein yeah che as cha and then !! We crisis on the depiuis still live in North and long live the frcadelle

me ch' IU not ch' North , but Parmar ,,, it poisons us otherwise only with of the fricadelle, When we see what is authorized to sell us as m….
so long live the fricadelle, pork etc.………………