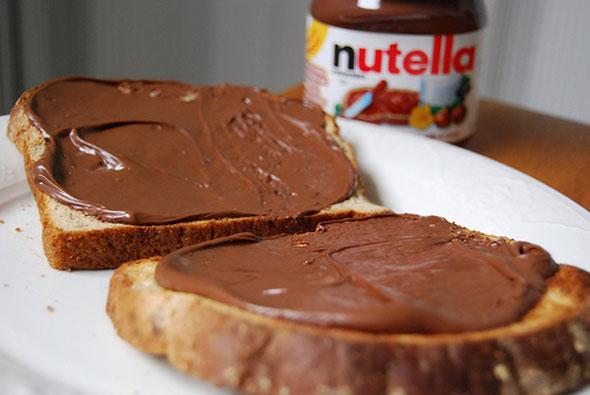 The chocolate spread Nutella was summer shown the finger by the European Union due to its unbalanced composition which would be hazardous to health.

Do a little reminder on its composition, which is not very healthy for health. The recipe remains of course secret but we know that Nutella contains still 60% sugar andPalm oil !

It would not prohibit consumption this product, but better inform consumers about the risks of obesity that it would.

The European Parliament would thus implement a nutrition labelling more severe than the current table which refers only to the amount of protein, carbohydrates and lipids.

No offense to some, jars of Nutella might be equipped with a reference :

Nutella is not the only product affected by such a measure but it arouses strong reactions because it is a flagship for several generations. It would surely be time to realize that its consumption must be occasional car too rich in sugars and fats.

It becomes in any case necessary to inform opinion on food in general which are harmful to the health and to the “junk food” that promote health problems (Here theobesity among younger including).

Shut up , this is not good for health and the planet and the phthalate DEHP ?

The nutella is a primary need it brings multiple vitamins such as vitamins A B C F E and protein. It is also rich in complex carbohydrates and calcium .

crap, that are not sugars but the cucrose and palm oil.

? You are in the pay of dietitian nuist'ellel'à ? And the massacre of Orang Utans ? It kind of human being are you ?

? Wow what planet you are duitela ? Surely a Troll employed by these monsters for praise! Pathetic !!

Y is fed Nutella, and deforestation ?
She size 330 football fields every hour , Nutella is not part of fair trade and they slaughter the Ouran-utan and it is carcinogenic and more it's filled with chemicals ?!! So Nutella is too m **** poo
The spread banania and so much more responsible :

Will you continue to eat it ?

i still like nutella but i’ll less consume it

Me, I love Nutella. But I don't think it's bad for your health, Indeed, I seem to have lost weight since I eat a pot a week

Me in real life, I prefer to eat Nutella than a steel torch .

I think those who eat Nutella are really idiots, what's the point of eating shit to die of Nutella sucker

The garden is a pharmacy which we should serve us more often.