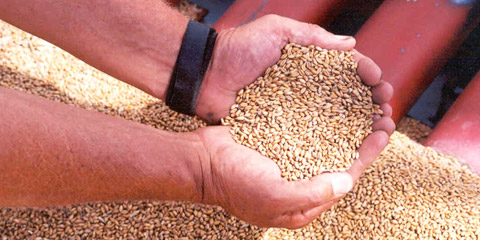 Laurent Guillou and ratty Stéphane, two former employees in the food industry, were poisoned by pesticides that were used to store grain for livestock feed.

The two employees, today announced triple process at the Labour Court against their former employer, the Nutrea company, subsidiary of coopagri Bretagne, the largest group of food from Britain (4 500 employees and 20 000 Member-farmers). They want to condemn their business for affecting their physical integrity and for having dealt with the cereal with a pest control product, Nuvan Total (dichlorvos containing), banned since June 2007.

Why to use insecticides to preserve cereals ? 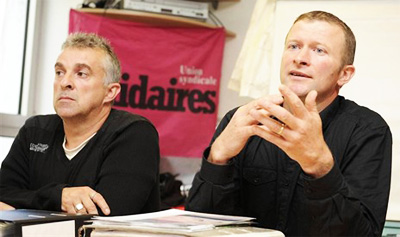 Laurent explains the situation : « It dealt, carrying grain from warehouses where they were stored. But, for the sake of savings, the management decided to no longer operate the ventilation in these sheds. The coup, grains in storage began to overheat and have been infested with vermin, billions of weevils, Midge… It was the horror. To be able to get rid of it, the company has treated with high doses of pesticides. It's like that that one was intoxicated ». [1]

Consequences at all levels

The symptoms of intoxication…

Intoxication is manifested it by vomiting, itching, diarrhea, nose bleeds, stiffness in the fingers, headache, Belly pain, canker sores in the mouth, respiratory problems, tingling of the tongue… The two Britons are suffering now from solvents and chemical odours intolerance syndrome. Stéphane Rouxel said no longer approaching chemicals without suffering from burns.

… with the key dismissal

After many work stoppages, Laurent and Stéphane are finally dismiss for demerit in June and July 2011. Their lawyer, Master François Lafforgue, said «» one intoxicated employees, they get sick and we rid, It's too easy. We will challenge the dismissal for inability to the conseil des prud'hommes ». Now unemployed, they are supported in their action by the association Generations Futures, the solidarity trade union, the Phyto-victims and Attac association.

The problem of pesticide affects us all

François Veillerette, Generations Futures spokesman explains that «» all professional populations exposed to plant protection products are potentially victims ». Are thus not only exposed, farmers, but also the dockers, Customs, warehouse, lorry drivers, logisticians, the workers of wood processing plants, gardeners, etc. Not to mention the fruits and vegetables that we eat, the extract of the following story shows how insecticides arrive on our plates every day.

Here is an excerpt of the report “Can eating affect health ?” :

Save on storage of cereals by insecticides is not new and is not only food for animals.

You can place the cursor on 8:55 minutes to see directly the sequence on the storage of wheat.

« Consequence, found in flour until 1000 times more storage than insecticides insecticide residues used in the cultivation of wheat ».

You can see the rest of the story here : Can eating affect health ? – Share 3

I'd be curious to know what is the only group one so much is disrespectful of its consumers which requires not dangerously contaminated flour during storage ?