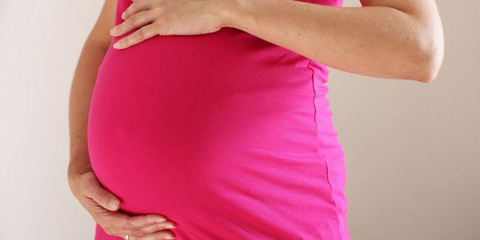 On the occasion of the World Day for prematurity Thursday 17 November, the RES (Environment health network) has sent an open letter to the Minister of health, Xavier Bertrand, on the risk pregnancy-induced consumption d’aspartame. The RES wishes that the Minister called the pregnant women to be vigilant against the consumption of aspartame.

Remember that aspartame is a sweetener found in many foods such as frozen desserts, sugar substitutes, chewing gum, soft drinks, syrups, cereals, yoghurt, jams and more of 600 drugs.

The letter refers to a Danish study, published at the beginning of year, carrying on around 60 000 pregnant women, demonstrating that consumption of sweetened drinks causes an increased risk of preterm birth. L’EFSA (European food safety authority) and l’HANDLES (National food safety agency, environment and labour) had already refuted this study resulting in a controversy.

Food dangers you transmits the letter of the RES :

The 16 October 2011, you said about aspartame : "If there was a report that clearly said"this represents a danger., must be removed., I would not hesitate to do so, but this is not the case.. A year ago, a study from 60 000 pregnant by a Danish team highlighted a higher rate of late preterm birth (between the 32 e and 36 e weeks of amenorrhea), proportional to consumption of soft drinks with sweeteners.

Since the publication of the Danish study, several studies have come to confirm the late resulting from premature birth health risks, which analysis can be found in the attached note. You said, about the case of the Mediator, that doubt should now benefit the patient. In the present case, It seems to us that doubt should benefit the consumer.

More than 12 months have already passed, approximately 700 000 births additional without that mothers have been alerted to the risk. Scientific data are sufficient to act, i.e., at least, to give advice to pregnant women.

Please accept Sir, the expression of our feelings dedicated to the cause of environmental health.

Responsible commission power to the RES

President and spokesperson for the RES

PS : We remind you also our request that the current allowable daily Dose of aspartame be defined scientifically and in a transparent manner which is not currently the case, because it is based on studies not published in literature scientist and it proved that they were conducted in conditions which normally should lead to invalidate them. The AJD should be calculated on the basis of studies according to the current scientific criteria as those highlighting the carcinogenic nature of aspartame in rats and mice, particular from exposure in utero. »

Very good article !
I hope that in a few months a campaign will be launched to raise awareness among pregnant women…
Gael

Humm… He speaks of the pictogram on the drinks at the end of videos… but they forget to be found of aspartame in a little while. Yoghurt 0% for example also contain.

Aspartame is not recommended for pregnant women or children of – 3 years.
For those interested, I created a blog of presentations to improve my general culture.
I made one on aspartame :
http://diversexposes.blogspot.fr/2015/09/laspartame-view-image-gettyimages.html
Do not hesitate to tell me what you think.
CDT,

All men are alike. They are made of flesh and bone, only what they eat differentiates them