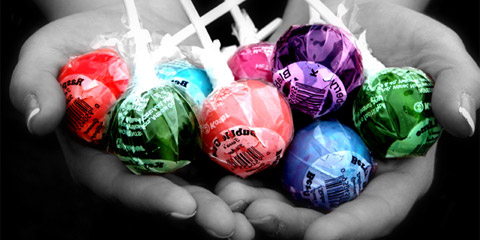 Two studies, which appeared in one of the best magazines in nutrition : The American Journal of Clinical Nutrition [1], reveal once again the danger of aspartame ! These yet very serious studies are refuted by the European authorities who don't revise not therefore (Once again) the tolerable daily intake of aspartame (ADI).

A Danish study shows that the consumption of sweetened beverages, the female pregnant, causes an increased risk ofpreterm birth. This study is very important because has been brought on 59 334 women.

An Italian study by the Ramazzini Institute shows that aspartame has a carcinogenic effect. It is the 3th study conducted by this Institute which brings again the same conclusions. The protocol used by the Institute exceeds the requirements of the classical Protocol because longer corresponds to the reality of human exposure (longer exposure of animals, number of animals more important to increase the accuracy of statistics, etc.). The RES (Environment health network) says that "the Ramazzini Institute is the only global center with the National Toxicology Program of the United States in capacity to conduct experiments of this magnitude" and speaks of "mega-experiment"..

Letter of the network environment health (RES) the coves

In a letter addressed to theHANDLES (National French food safety agency, environment and labour) [2] the RES asked the Agency to "re-open the file assessment of aspartame and more widely the use of sweeteners.. The acceptable daily intake (ADI) at the present time is to 40 mg/kg/day, Gold, According to studies should be 2 µg/kg/day or... 20 000 times less than the current dose !

Response of ANSES and EFSA

In the journal of theEFSA (European food safety authority) We can read the following thing : "Aspartame is considered safe for human consumption.. » [3] and in a press release that «The authority» European of food safety (EFSA) concludes that the two recently published studies on the safety of artificial sweeteners […] do not warrant a revision of the previous evaluations of aspartame or other sweeteners currently authorised in the European Union. EFSA has carried out the review of these studies in collaboration with the French national food safety agency, environment and labour (HANDLES)» [4].

The RES is stunned

EFSA criticizes two studies do not provide sufficient scientific evidence which bumped the RES. « It is amazing that EFSA continues to push for the 3th Once a positive carcinogenicity study, but does not call into question its ADI based on 2 studies dating back to 1973 and 1974 which have never been published. The RES request that all studies be assessed with the same grid of analysis"says the RES and concluded that "EFSA confirms once again his deficiencies from the point of view of the ethics of expertise".

Journalist and filmmaker Marie - Monique Robin («Le monde selon Monsanto» and «» Our daily Poison ») denounced for its ARKUB for employment of researchers who have conflicts of interest with chemical industries (Monsanto, Coca-Cola, Nestlé, etc.).

Laurent Chevallier nutritionist finds that this decision was "incomprehensible" and that "the text of the EFSA indicates clearly that there is a doubt, but the doubt benefits to manufacturers, not to consumers.. Indeed, as we saw in the article «» Products Light and Aspartame = Danger ! », industrialists have power and a huge impact to public health authorities (corruption of the Food and Drug Administration -FDA) because aspartame is a great bargain for them because generates huge profits !

It is also sad to see all these newspapers which publish articles, following the statements of ANSES and EFSA, without any discernment where we see "Aspartame". : no risk to health "., "Aspartame safe., or even Cancer., preterm birth : aspartame declared safe..

We hope have made you a few tracks response and elements that will allow you to make your own opinion on this topic.

On the same subject :

I just discovered your site by typing in google keywords “ramazzini Institute” and Aspartame
I'm in an Internet cafe that will soon close but I'll be back to visit you, CA it is safe

Author
F. Boyat
Reply to me

Hello,
Do not hesitate in fact to return and to react on different subjects !
See you soon !

It is a little shocking for a bold text and does not contribute to the credibility .

Indeed, There was indeed an error (just be corrected) and who, despite the number of readings was not detected before.

Our apologies for the error and thanks to you have noticed it !

Hey banana, If you know read it's a shame. The measure is not in milligrams(mg )but in microngramme ( Unfortunately the letter ” Micron” does not exist on my keyboard ). If you do not know, looking on “Google”, your best friend.

before treating the people of banana, Learn how to write words Baron… We are not microngramme but talking of microgram… damage… and I do not know what kind of keyboard you for not having the µ key… as the person who manages the site responded that the error had been corrected… Finally, before you criticize others, a little thought would not hurt to some…